Gone are the days when you could launch an ecommerce website and see sales right away. Actually, were there ever such days?

There is so much competition out there, you have to stand out one way or another. Either you have original and unique products to see, that people can’t get elsewhere, and that they simply must have, or you have on point SEO…The latter probably applies to most of you.

For twelve years I ran a successful online business. I sold fashion belts all around the world. Of course, I had the advantage of knowing how to promote my business online, but that can be taught and easily learnt. I had a grand total of £0 in marketing budget. I was determined to make the business a success without spending any money. I didn’t want to take it from my web development company, I wanted to make money from nothing. It was a challenge!

I’d sold vintage items on Ebay for a couple of years previously. I could easily make a £20 profit on belts and sometimes up to £40 on bags. That was in the days when people were more frivolous with their hard earned money than they are these days.

So I finally had a lovely looking website. It was filled…no not filled, sparsely populated with a few carefully selected products. I chose not to go crazy with loads of items to start with. I made a decision to select only super on trend belts, you know, the ones the celebs were wearing, so I bought myself a sewing machine, taught myself how to stitch a basic black belt, just like the one Victoria Beckham was wearing at the time. I decided this was going to sell well, because I would market at as ‘Victoria Beckham style corset belt’ That was actually my best performing key phrase of all time. It never failed me. Twelve years later even!

Next I optimised my website to include all of my chosen key phrases. I went for mostly long tail phrases at first. I knew from experience, that the broader terms would kick in naturally over time. I set myself the challenge of making real money within one year from the point of launch.

I set about adding  my url to as many directories as possible. I was careful to select only the best quality sites, and to get my site into the right categories.

In my first month, I sold a grand total of three belts. I was really thrilled with those three sales because I’d got them all by myself, with no help from Ebay, and no commission!

Over the next month, I sold a further ten belts, then I doubled that in the next. Before I knew it, I was selling around five per day. My most popular style sold for £20, making me a profit of just over £16.

I’d get complacent at times and my positions would slip. The difference between listing on the first page of Google results as apposed to the second is huge. You really do have to work on your SEO plan all of the time. It should become part of your strategy.

Yes, it was a part time income. I had another business, so I didn’t have full time hours to spend on it. I do wonder how far I could have taken it, if I’d had more time.

I loved it for around eight years. After that, I was bored. I carried on because it was a major addition to the household income, but I had lost all passion for belts and the phrase Victoria Beckham Style Corset Belt was starting to make me nauseous.

After twelve years, I finally decided I’d had enough. I wanted to concentrate on helping other businesses get successful online and I had started to love writing too.

If I have gained anything from the whole experience, it is to do what you love. I loved it, and then I didn’t. Now I’m doing something  else I love. The ecommerce experience has allowed me to give really valuable advice to my SEO clients, and allowed me to see how it is possible to be successful online, even with all the competition out there.

One More Thing: I never used to worry about my competition. Don’t get hung up on what others are doing because it will drive you mad. For sure, get ideas if you are stuck, but do your thing and do it well. 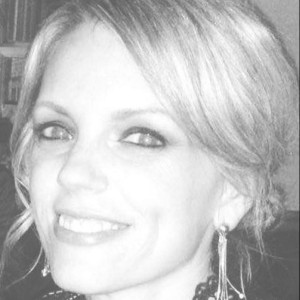 I am the marketing director at Moonshine Internet and JRS Digital and have been working in the industry for almost twenty years. I spend a lot of my time running large marketing campaigns for medium to large businesses. I am passionate about making sure all businesses have the web presence they deserve. With that in mind I decided to offer small business owners the chance to get their website’s seen by the many not just the few.
NextBlogging for BusinessNext

If you would like me to email you with SEO tips, workshop dates, SEO news and offers then pop your email address in the box.

I use cookies on my website. You are free to manage this via your browser at any time.